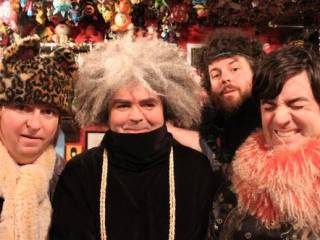 All Ages
at The Studio at Warehouse Live
813 Saint Emanuel Street, Houston, TX 77003

Doors open at 8:00PM
Share this event with friends!
Melvins are a rock band that formed in Montesano, Washington, United States in 1983. The band currently consists of Buzz Osborne (vocals, guitar), Jared Warren (bass), Dale Crover (drums) and Coady Willis (drums). Osborne is the only remaining original member, although Crover has been a member since early in the band
You must be signed in to add this to your order. Sign in here or create a new account.