A link to reset your password has been sent. If you do not receive it shortly, please check your junk or spam email folder. If you do not have an account, please select Manage Order. 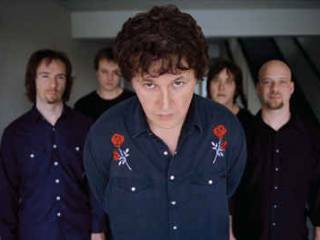 All Ages
at The Ballroom at Warehouse Live
813 St. Emanuel Street, Houston, TX 77003

Doors open at 8:00PM
Share this event with friends!
Inspired equally by jangle pop and artsy post-punk, Guided by Voices created a series of trebly, hissy, independent rock records filled with infectiously brief pop songs that fell somewhere between the British Invasion and progressive rock. After recording six self-released albums between 1986 and 1992, the Dayton, Ohio-based band attracted a handful of fans within the American indie rock underground. With the 1994 release of Bee Thousand, the group became an unexpected alternative rock sensation, winning positive reviews throughout the mainstream music press and signing a larger distribution deal with Matador Records. Despite all of the attention, the band never changed their aesthetic. They continued to record their albums on cheap four-track tape decks and thereby limited their potential audience, yet that devotion to lo-fi indie rock helped Guided by Voices maintain a sizable cult during the late
You must be signed in to add this to your order. Sign in here or create a new account.