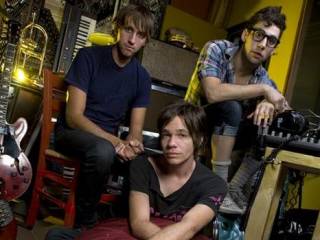 All Ages
at The Studio at Warehouse Live
813 Saint Emanuel Street, Houston, TX 77003

Doors open at 7:00PM
Share this event with friends!
fun. is an indie pop band from New York formed in 2008 by Nate Ruess, formerly of The Format. He formed the band with Andrew Dost from Anathallo and Jack Antonoff from Steel Train, and they started recording their debut album, Aim and Ignite, which was released August 25, 2009.
You must be signed in to add this to your order. Sign in here or create a new account.